Early LH k-frames do not have the sway bar mount holes however these can be easily added. A cover for the steering rag joint coupler was added during the LX model. The UC k-frame has a small bit of steel rod welded to the top of the outer ends of the k-frame just under the UCA. The purpose of this rod is unclear, it appears to be an additional bump stop to prevent the control arm binding on the k-frame when the suspension is at full extension as the higher UCA bolt position reduces the effectiveness of the rubber bump stop. The UC k-frame also has a reinforcing washer spot welded to the upper shock mount.

The main method of identifying the k-frame is via the position of the Upper Control Arm (UCA) mount bolts. The bolt holes are 7/16" the bolt has splines which makes it a press fit into the hole.

LH/LX non RTS 50mm
LX RTS 65mm
UC 35mm
A9X 60 mm and the UC 35 mm mount position. The lower holes we used on the A9X due to the HZ one tonner stub axles used on the A9X.
The axle on the A9X stub axle is mounted approximately 20 mm higher up the stub axle than it is on the standard Torana stub axle which lowers the ride height by approximately 20 mm. The A9X was also fitted with the taller DR70H14 tyres (Dia 636 mm) vs. the standard CR70H13 (Dia 575 mm). The DR70H14 is around 61 mm taller than the CR70H13 which would make increase the ride height by around 30.5 mm. I have not been able to get accurate measurements of the diameter of the factory tyres so the figures ar e a bit rubbery, however basically the taller A9X tyre cancels out the effect of the lower A9X stub axle.
The top of taller A9X tyre would also travel 20 mm + 30.5 mm further into the guard so a compression bump stop spacer was welded to the A9X k-frame to reduce the amount of compression suspension travel. The A9X diff also has compression bump stops that are around 1" taller than the standard Torana diff.
If you were to fit A9X stub axles to your Torana and not change rim/tyres or springs then the car will be around 20 mm lower than it was with standard Torana stub axles.


The bracket in view A is welded to the k-frame for the Starfire 4 cyl, 6 cyl and V8.

The LH and LX use the same UCA although the LH arm may have been made from thicker steel. The ball joint is offset 0.5" (12.7 mm) on the UC version of the UCA , this gives more positive caster than the LH and LX UCA's. which are symmetrical.

The A9X Stub Axle lowers the car 20 mm and increases negative camber by 1.5 degrees . The track is not increased by either the stub axle or the HQ discs. The A9X track was increased as a result of fitting different offset rims. The A9X or Harrop reproduction steering arms should be used with the A9X stub axle to correct the bump steer caused by the altered suspension geometry. The A9X and HZ one tonner stub axle have been heat treated which gives them a blue tinge. There is also more steel around the lower ball joint mount. The HZ car stub axle is identical in geometry and has a different part number.

This is the angle that is built into the stub axle. It is often incorrectly referred to as the King Pin Inclination (KPI).

KPI is the inward tilt from vertical in degrees. The KPI is the sum of the camber angle and the included angle built into the stub axle. 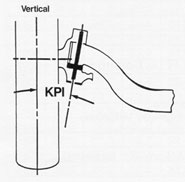 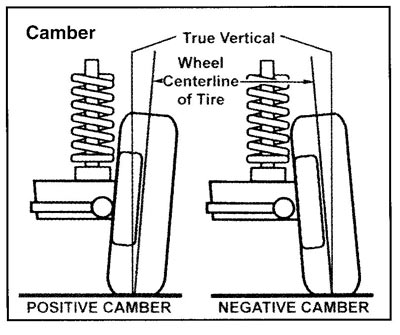 Replacing the Torana stub axle which has a included angle of 9 degrees with a A9X/HZ stub axle with a included angle of 7.5 degrees will increase negative camber by 1.5 degrees. Camber is reduced by removing shims from between the k-frame and the UCA pivot arm. You will need to remove approximately 0.25" of shims to compensate for the difference in included angle between the Torana and A9X/HZ stub axles. Track cars typically run significantly more camber than a street car so the increase is negative camber is a bonus.

The steering arms are different for each model. The tie rod end of the arm gets progressively lower and longer though out the LH/LX/UC/A9X. Harrop make reproduction A9X steering arms.